The Internet search giant Google launched an app named Tez in India. This is a UPI-enabled digital payments app which is used by over 50 Indian banks. Google Tez will let users transfer money to friends, family and businesses supporting the platform.By choosing a common Hindi name which means fast, Google has announced that it is targeting the large group of non-English-speaking people in India who are new or recent internet users. By introducing Tez, Google joins India’s fast  growing e-payment market which is currently controlled by  BHIM, Paytm, Freecharge and PhonePe.

The Google Tez app is now available on Google Play Store. It supports almost all recent versions of Android, including Android Lollipop but it is still unavailable on the iOS devices. 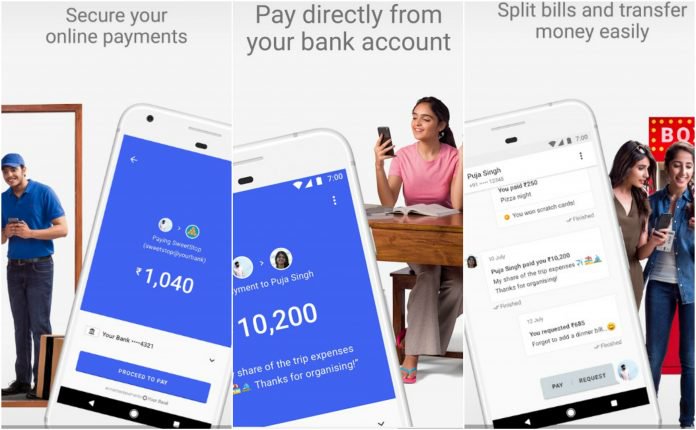 Google Tez mobile payment app is similar to government of India’s BHIM app. But unlike BHIM app, there’s no Aadhaar verification here. Also, this app, apart from English, also supports 7 other Indian languages, like Hindi, Bengali, Kannada, Tamil, Telegu, Marathi, and Gujarati. Users will be able to change their language anytime as per the preference. On Android, the Google Tez app’s download size is pretty low at 8MB, but it is still large compared to PhonePe (4.26MB) and BHIM (2.99MB).

One of the interesting new features from the tech giant is “Cash Mode” which can be used to send money without details of the recipient. Typically, without the other person’s ID, or phone number, you have to scan their QR code, so this is a simple and easy to use feature that could be used in place or QR codes.You can also sync it with your Google account, but here you will have to enter your phone number at first. After this, you will have to setup Google Pin, a secure lock system, which will be required every time you open the application. 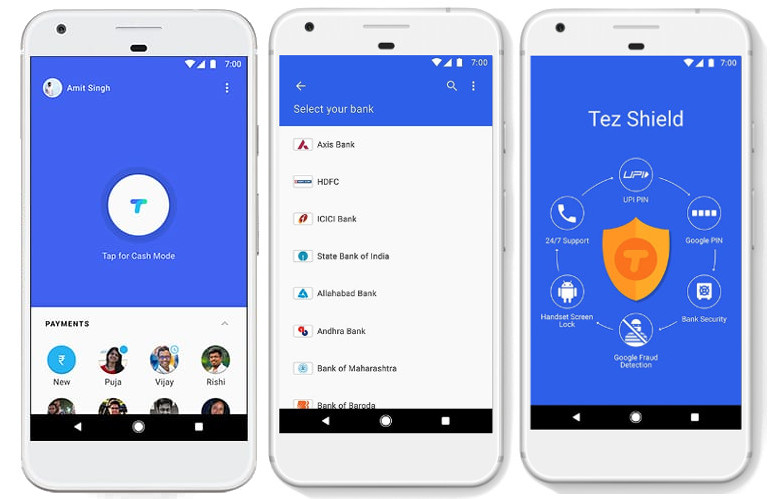 Tez allows us to add multiple banks to Google Tez app. We could see the option of up to four bank accounts.By using tez app ,one can send a maximum of Rs 50,000 in one transaction

Google calls the security on the app as TezShield. “The Tez Shield works 24/7 to help detect fraud, prevent hacking, and verify your identity. Each transaction is secured with your UPI PIN and the app is secured with a Google PIN or your screen lock method such as fingerprint,” says company. It also notes that in case something goes wrong, consumers will be able to reach out to the phone customer support almost immediately. 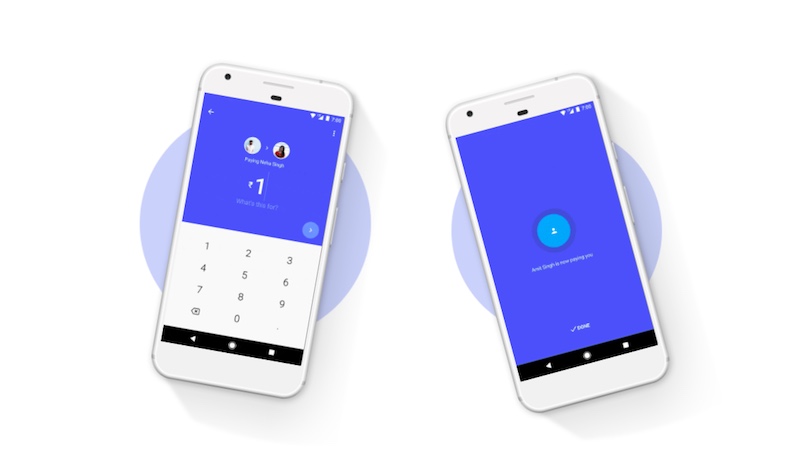 For business, Google is offering some additional support. Not only business can accept Tez payments, they can also start their own Tez channels.

Currently Tez is supported by Red Bus, PVR, Dish TV, Domino’s and Jet Airways. Of course, because it uses UPI, you can transfer money to almost anyone who has a bank account using Tez.

Only time will tell whether Tez can crack the Indian market or not. It is not easy for a payment app to find success.