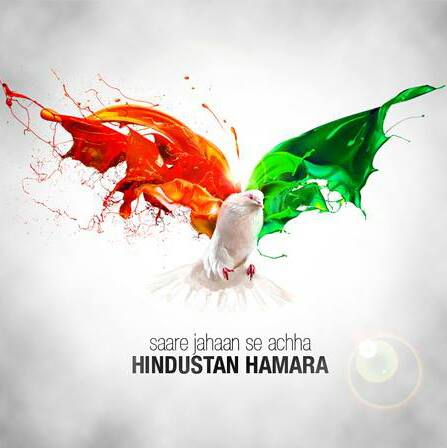 On the occasion of india celebrating its 67th Independence Day.

Independence Day, observed annually on 15 August, is a national holiday in India commemorating the nation’s independence from British rule on 15 August 1947. India attained freedom following an independence movement noted for largely nonviolent resistance and civil disobedience led by the Indian National Congress (INC). Independence coincided with the partition of India, in which the British Indian Empire was divided along religious lines into the Dominions of India and Pakistan; the partition was accompanied by violent riots and mass casualties.