VLC, the software that is used to play almost any kind of video format is getting ready with their next challenge that is to play 360 videos in any platform. VLC has always been people’s first choice to play most media with its user friendly interface, controls, audio-video quality independent of platforms.
The company unveiled a Technical preview for desktops to play cool 360-degree videos. It is now available for Windows and Mac platform and the complete version is expected to be rolled out by December 2016. VLC’s creators VideoLan teamed up with 360-degree camera maker Giroptic to develop its system, which can display photos, panoramas and videos. You can use your mouse and keyboard to control your point of view in the footage. VideoLan says it will make these features available on its mobile apps as well, and let users navigate the clips by moving their accelerometer-carrying devices around. It also said it will support VR headsets such as the Oculus Rift, Google’s Daydream and the HTC Vive in 2017. The app is also getting 360-degree audio support “including head tracking headphones,” says the company, although it’s not clear when that will happen.
Download the Technical Preview from here.

Sample 360-degree videos are also available for download from the site. 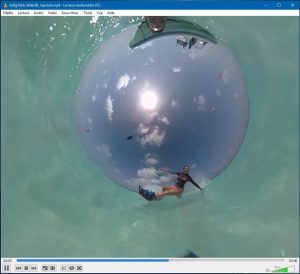 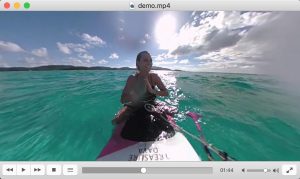 Since it’s a technical preview, the product can be buggy and you might want to wait for the complete version. This feature will be a great addition to the favourite media player and will make 360-degree videos a common thing for all platforms.