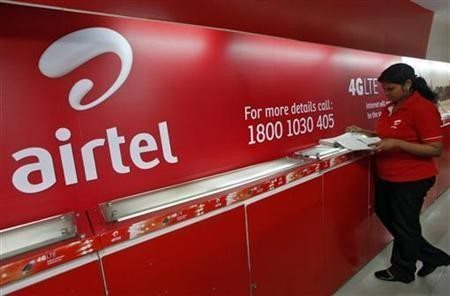 Bharti Airtel, a leading global telecom services provider with operations in 20 countries across Asia and Africa, today announced the launch of Airtel postpaid 4G services in Pune – thus becoming the first in Maharashtra to bring the 4G experience for its customers. With this, Airtel customers in Pune will now have access to cutting-edge 4G LTE technology that delivers the most advanced wireless broadband experience available across the globe today. Airtel also announced the availability and free trial offer of its all new service innovations for Airtel 4G customers – Airtel Broadband TV and Games On-Demand. Additionally, Airtel 4G services for prepaid customers in Pune will be launched shortly.

Mr. K Srinivas, President – Consumer Business, Bharti Airtel said, “Today, we are excited to launch Maharashtra’s first 4G experience for Airtel customers in Pune. The response received by Airtel 4G services in Kolkata and Bengaluru has been compelling – thus reinforcing our long term focus on delivering technologies to fulfil the needs of India’s rapidly growing data evolution story. With both home and office users opting for 4G services, it is heartening to see early adopters of this technology acknowledge the experience that Airtel 4G delivers – for everything from streaming videos and downloading music, to accessing business applications, email and rich multimedia content. We are optimistic about the traction that 4G will see in months to come and look forward to rolling out our services in other circles soon”.

Customers can now check the availability of Airtel 4G services in their area online through the familiar Google Maps interface and buy the services online. Along with a host of payment options, Airtel 4G willalso be available on monthly EMI’s and cash on delivery. The online purchasing capability will soon be rolled out for customers in Bengaluru and Kolkata as well.

Airtel 4G LTE will also allow a seamless gaming experience on PCs and laptops. Customers opting for 4G can now leverage Games On-Demand service on Airtel to enjoy video games like FIFA and NFS from a host of publishers including as EA, Ubisoft, Square-Enix, PopCap and Alawar. Ranging from Rs. 5 a day for 30 games, to a full-fledged Rs. 199 plan offering over 350 games for a month – as many as seven Games On-Demand plans are now available for customers to enjoy. Customers can also experience these exciting games on Airtel 4G through a limited period trial offer.Airtel Movies launched earlier in Bengaluru now provides the subscriber an updated movie library of 1250 titles consisting of recent chartbusters, classics, and lot of critically acclaimed movies across different language and genres (action, comedy, drama, romance, etc).While the monthly subscription pack is Rs.149, we now have a offer free trial offer for all our 4G customers.