Waiting to buy the much awaited Apple iPhone 5S? Well, you might just have to wait a little longer. According to information from industry insiders and the tech community, while the reason for the delay is still not clear, chances are that the Cupertino giant might just like to opt for a 10.9-cm (4.3-inch) panel in order to gain better control over the market.

The information comes on the back of a news report from Commercial Times (via Bloomberg), wherein the agency reports that the design of iPhone 5S has been changed recently. Earlier it was expected that the phone would be launched sometime in October.

This is not the first time, when we heard about the delay. Just before WWDC, supply chain insiders told Glen Yeung of Citigroup that iPhone 5S, and the iPad Mini have been delayed further. “With respect to the iPhone 5S, our checks suggest production has been delayed by 2-4 weeks, likely due to display issues. And while this does not preclude a September iPhone 5S launch date, we suspect volumes in September may consequently be challenged. As an aside, we continue to expect a 12.1-cm (4.8-inch) screen iPhone 6 to be launched in 1Q14.”

According to previous reports, Sharp has been chosen as the vendor who is supposed to deliver 10.1-cm (4-inch) IGZO powered panels to Apple. At present, Japanese Sharp electronics is yet to come out with an official statement. Also, there is no clarity on whether Sharp is making a 10.9-cm (4.3-inch) display for the next-gen iPhone. In the past few days, tons of iPhone 5S images have surfaced on the web. Multiple-reports claimed that Apple has completely changed the internal hardware. 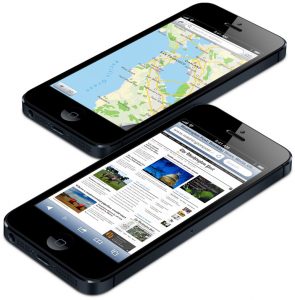