The company figures we could see ARM Cortex-A12 chips in mobile devices that sell for between $200 and $350.

ARM is looking forward to provide chip architecture to more wearable devices in future, such as smart watches which could be available by this year. As reported by company’s marketing executive vice president, Ian Drew, “Wearable and interneted devices are starting to come into the industry. I was riding a bike with a motion detector, and we’ve demonstrated a fork that has ARM control in it to count calorie consumption … I suspect sometime this year you’ll see one or two (manufacturers) demonstrate smart watches.”

ARM’s hard-running rival Intel, which is world’s largest chip maker, had launched the most extensive overhaul of its Atom mobile processors that supports its focus towards smartphones and tablets. Intel chips are now being used in a number of devices in the mid-market segment, which is also a target market for ARMs’ new processor. 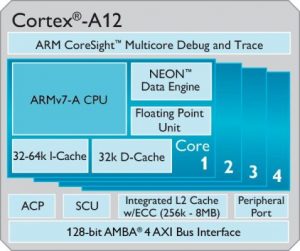 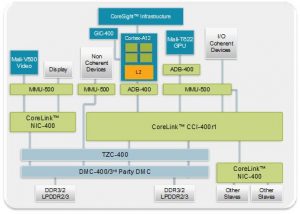 According to ARM, new processor would provide 40 per cent better performance as compared to its predecessor- the Cortex A-9, using a similar amount of energy. The company expects devices using Cortex A-12s to hit the market by mid-2014.