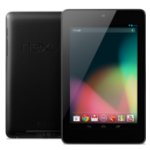 ASUS India said yesterday at a press event in Bengaluru that Nexus 7 is likely to be released in the country in November. However, the company did not announce the pricing of the Jelly Bean tablet, but did say that pricing might be revealed at the end of next month.

The tablet was earlier reported to reach in October, but the launch was allegedly postponed and this is the first official confirmation of Nexus 7 launch in India.

Google Nexus 7 is being manufactured by ASUS and the Taiwanese company is also looking after tablet’s marketing in select countries and it seems India is part of that group.

The Nexus 7 version currently available does not features 3G connectivity, but a recent rumour has suggested that ASUS has already started the production of 3G Nexus 7.

Considering that India is not such great market for launching a Wi-Fi only product because of the lack of public Wi-Fi hotspots, ASUS might bring the rumoured 3G version to India. There is no confirmation on the 3G connectivity as of now, but it seems very likely.

The company has gradually unveiled the Nexus 7 in countries and have recently launched the device in France, Germany and Spain and pre-orders have also begun in Taiwan. China is also expected to join the group in the near future.

Well, most of us have been eagerly waiting for the news to flash and looking at ASUS’s announcement, November could be pivotal month for the company and EFYtimes will be there to gauge the tablet once it is out.