Gaming is no longer a child’s play nor it isn’t a dull industry to invest money. The Gaming industry has emerged as a Big Catch and a successful business market in the modern digital world. Whether it be the gaming software or gadgets manufacturers they all deal with a large amount of money from around the world market and its acceptability among all age groups makes it a vibrant industry.Medical experts have found many positive effects of Gaming on human mental and physical state- yes it sure is a stress-buster. Don’t worry you don’t own any high-end PC, you can play online casino games and similar online games which works right from your browser or phone.

For those who consider themselves as gaming geeks, they deserve the best from the rest in terms of quality games and cool gadgets. Here we check some of the cool Gaming Gadgets currently available or upcoming in the market:

Sony brings you its own Virtual Reality Headsets compatible with the amazing PlatStation4. This cool gadget is the most affordable VR at $399USD when compared to its major counterparts Oculus Rift or HTC vive. Sony announced the official release date as October 13 2016 and pushing the gaming world into great excitement.

At this price you will only get the VR head Set and all necessary connectors and cables(expected to buy Motion-tracking controller and camera separately).  The VR headset works with the camera and the 3D audio system lets you move freely around the gaming world sensing everything happening around you. The VR device uses a 5.7-inch OLED 1080pdisplay with frisky 120 frames per second and is adjustable to any shape. It gives a 100 degree field of viewing experience which is quite good.

Where to buy when released?  From Official Site

The latest release of Phonejoy is the Phonejoy Gamepad2 available from its official website at three different pricing modes.  The cool gaming device is all that you want while travelling. It’s a pocket sized controller which fits into almost any smartphones converts the mobile gaming experience to another level. Its gives a basic feeling of the classic Gameboy which most of the gamers are font of.

Where to Buy?  From Official Site

Aiming at a bigger audience, electronic giants Sony introduced a 3D movie or gaming gadget which allows you to have a personal theatre or gaming environment on the go. It is compatible with your Blu-ray disc or gaming console or any HDMI available device or even a smartphone wirelessly.  But compared to other 3D headsets this is expensive and a bit on the heavier side. Nowadays it must look unwanted in the market but all kudos to Sony for developing this headset which provides high quality display and all the necessary connector devices for you to watch your favorite films while on travel. 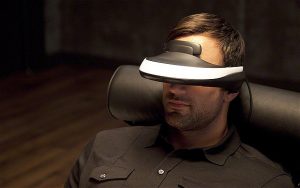 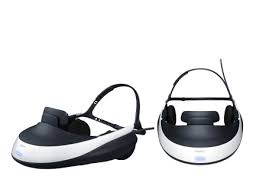 Where to Buy? Amazon

Teslasuit is an upcoming gadget that is especially for gamers who want to feel and experience a game character.Teslasuit introduced by a Scotland based company called Tesla Studios is all set to distribute the world’s first ever Full body Haptic suit which uses 52different points on the body to provide haptic feedbacks according to the gaming events. Thus the gamer can feel hugs, falls, gunshots and all such events through small electric pulses at these haptic points. The suit itself looks like a superhero costume with the controller at the belt buckle position. The control unit is used to connect the VR Headsets and other devices. The suit is controlled by a TeslaOS which can stream online as well as install games directly and don’t worry its washable. 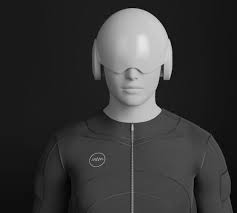 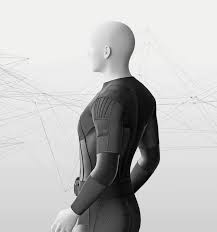 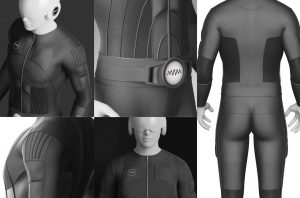 Where to Sign up for Teslasuit? From Official site

Wouldn’t it be cool to control your laptop (Pc and Mac) without any physical contact? It’s for sure is an exciting technology to control devices using gestures. Leap motion is a device which can be connected to your laptop along with its software and now your laptop is contactless. Leap Motion is similar to Kinect device but it claims to be more accurate and support all 5 fingers and entire palm for controlling a device. Leap Motion is seen is some of the HP laptops built-in. It uses radio magnetic waves to read human hand positions and gestures and packaged with lots of compatible software and games. 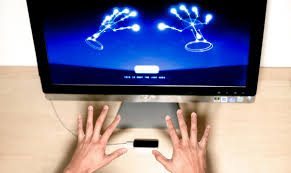 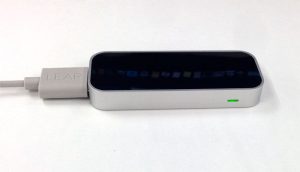 Where to Sign up for Teslasuit? From Official site Price: $70 USD