This tablet has been designed to offer outdoor businesses an adequate product to resist sturdy use.

Getac has unveiled its 17.7-cm (7-inch) Getac Z710 device, claiming that this is the world’s most compact and robust Android tablet. The official shots of the tablet, showcases the rubberised shell encasing the device. The screen is tough, too, with Gorilla Glass display.

However, what should prove useful, particularly with people who work outdoors, is that the capacitive touch display can still be used even when wearing gloves, thanks to Getac’s LumiBondTM technology.
The manufacturer has also gone to lengths to reduce the glare on the screen caused by sunlight.
The Getac Z710 is certainly more brawn than brain. Though, it only runs Android 2.3 Gingerbread, there are still some worthy attributes under the bonnet. For example, Bluetooth, Wi-Fi and 3G are all present. The tablet also has a 5-megapixel camera and according to Getac, the expected battery life of the tablet is up to 10 hours, which seems rather solid. 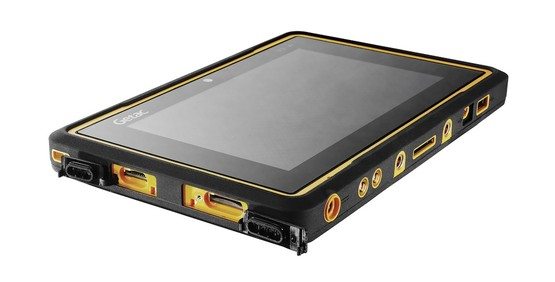 The Z710 has been awarded IP65 certification, which backs up Getac’s tough claims, and though the feature set might not be high end, we could see this tablet proving rather useful on a building site, for example.
All in all, the tablet package from Getac sounds like an interesting product and the performance and specs offered by the company can be only verified once the Z710 tablet hits the market, starting with Europe, shortly and also there is no mention of the price as of now.