Google Camera Now it’s available in the Play Store, will run on any phone or tablet using Android 4.4 KitKat. Beyond bits like Photo Sphere that we’ve seen before, Google is filling in the blanks on its new “Lens Blur” option. 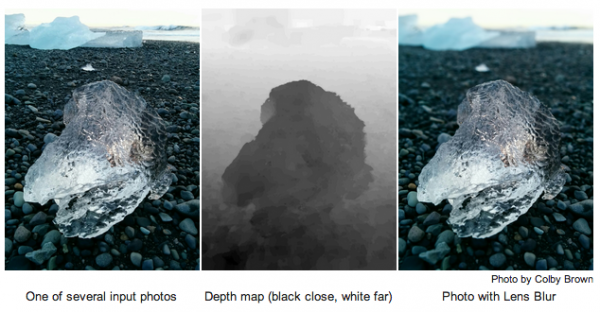 It is used to emphasis the subject by blurring the background for an impressive depth of field effect, it uses algorithms to simulate the large camera lens and aperture your phone or tablet doesn’t actually have.

Taking the photo requires an upward sweep to capture multiple images, used to estimate the depth of objects for a 3D map that lets the software re-render the photo later and blur specific items based on where it thinks they are. Google’s Research Blog has more details on how it’s all done.