Google I/O just wrapped up, so now we’re inevitably waiting for all the new features to start rolling out. The first out of the gate is the new Google+ Hangouts app, which is now available for Android. The app replaces Google Talk on Android, and will also eventually make its way to
iOS, making it the first time that a Google chat appwill be released on iOS.

Google talked a lot about Google+ Hangouts during the keynote, and they essentially took all of their different chat clients and combined them into one. The app will let you message other Google users, as well as video chat with them using Google’s Hangouts feature that we’ve all seen before in Google+.

The cool thing with this new app is that you can message a friend and have it delivered to them without them actually being signed in, making it a viable option for a text messaging replacement, rather than just another IM client of sorts. The app includes the ability to insert photos and videos, and there’s even cross-platform support with a web version as well.

Of course, before you get to chatting using the new app, you’ll need to sign up for Google+. This isn’t time-consuming, as Google+ uses your Google account anyway, but you’ll simply need to confirm a few things and get your profile initially set up. Once that’s done, you’ll be all set and ready to chat away with friends and family.

However, Hangouts doesn’t have an “Invisible” status available, which could be a turn-off for some users, but we can’t say that many users will miss that feature. Other than that, the app is ready to go. We’re not sure when the iOS version will be releasing, but we’re guessing it’s currently in the hands of Apple as they take it through their submission process. 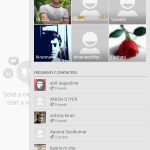 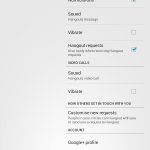 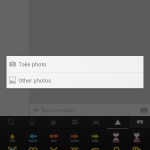 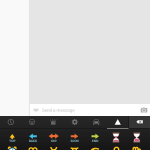 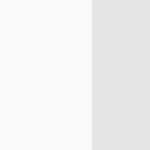 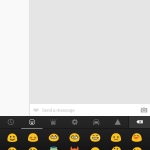