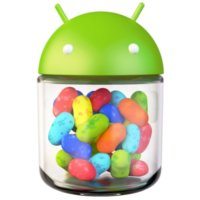 Android 4.1 aka Jelly Bean is the current Android flavour released by Google. The operating system is slowly picking pace as Android 2.3 Gingerbread still continues to rule the Android market. At the second spot, we have Android 4.0 Ice Cream Sandwich. Most of the new Android devices today are either running Android 4.0 or are being upgraded. Jelly Bean is still in its nascent stage and a few devices are running it. With Android Jelly Bean in sight, a big question mark hovers in the mind of Android users ie, what boost can Jelly Bean give to existing Android devices and what’s new in Jelly Bean?

Here are the new features that will enhance your Android experience:

Multiple user accounts: Officially, this feature was not revealed; however, you can set up multiple user accounts. You can also set the permission levels for access to apps, accounts, among several others. This is extremely helpful when you are using Android phones or especially tablets in your office or business. You might be required to allow others to use your device for official purpose or in case some of your buddies use your tablet, then you may not want to reveal confidential information, especially sensitive emails. Just log them through a guest account and restrict their access.

Google Now with Siri: Now you can search Android applications just by speaking to your Android Jelly Bean device. Also, Google Now includes a dashboard providing information, such as `your next appointment, direction to your next destination, weather forecast and nearby local businesses’, in the section called cards. You can also customise these cards accordingly.

Improved text and voice input: You need to be careful while typiing on a touch screen smartphone and sometimes the word suggestions make it even more difficult instead. Jelly Bean has a better prediction mechanism keyboard by default. It can also learn your typing patterns. Also, Google has updated the Android dictionaries to make word guesses more relevant.
You can even use the voice recognition feature without a good Internet connection or WiFi. The feature has been greatly improved in Jelly Bean.