After all the rumors, HTC has finally officially announced the One mini. And like the name suggests, it is indeed a smaller version of the HTC One… with a few changes. Coming in at 4.3 inches, the One mini is significantly smaller than the One. But it doesn’t sacrifice quality at that size; the device still offers a 720p resolution for a crisp and vivid display.The body of the phone follows the One closely in design, retaining the aluminum back and aluminum covers on the front-facing speakers. The sides of the phone, however, are wrapped in a plastic trim rather than the aluminum construction seen on the full-size HTC One. Aside from that, the only real design change is that the flash for the camera now sits above the lens. The phone will be available in the same Glacial Silver and Stealth Black options that the One launched with.

Speaking of the camera, Ultrapixel camera has been carried over from the One. In fact, many of the hardware specs have stayed the same. See how the One mini stacks up in the table below.

Those are the major changes between the two devices, as far as we could tell. It seems the HTC One mini sure does a much better job at being a miniature model of the flagship phone than say, the Galaxy S4 mini.

Pricing and US availability will be announced later this summer, so you’ll have to wait a bit to get your hands on it. In the meantime, you can check out the gallery down for more pictures of the device.

Are you impressed by the One mini? 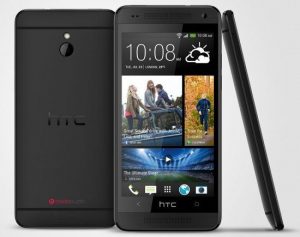 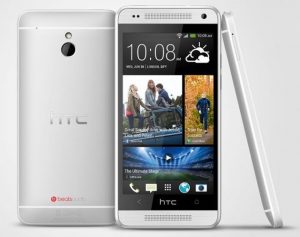