The mini version is expected to be an affordable and a toned down model of the One, which has got HTC a mixed bag of reactions from users worldwide. And knowing that it is a budget version, the exteriors of the device are will be made of plastic replacing the metallic body of the one. In terms of specifications, the report claims that HTC One Mini will most likely have a 4.3-inch display but instead of full HD display as seen in the One it might settle for an display with 720p resolution.

It is also speculated to come with a Snapdragon 400 dual-core processor clocked at 1.4GHz and might come with an improved version of the Sense UI for the Android 4.2.2 Jelly Bean. It is expected to be capable of shooting full HD videos through the primary camera.

Moreover, this will be lighter version considering its plastic frame, will not offer infrared remote blaster. There is no confirmat 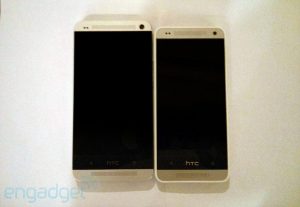