The HTC One is a rather good-looking handset, and Neowin claims envious Windows Phone users will not have to wait too long for a Windows Phone version of the 1080P Quadcore handset to arrive.

Their tipster has seen the handset, with a large 4-5 inch display and similar but not identical looks to the aluminium-clad HTC One. The handset was running Windows Phone GDR3, essential for 1080P displays, and supported HTC’s Beats Audio and possibly its Ultrapixel technology.

The handset is expected to be announced in the fall and arrive at the end of the year.

As Windows Phone more closely match the specs of the highest end Android handsets we will hopefully see a smaller gap between their Android and Windows Phone versions hitting the market. 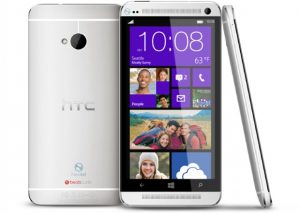