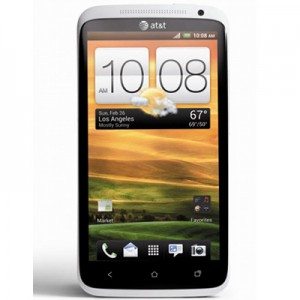 Those who have already heard or seen the goodness of HTC One X will be delighted to know that reports are rife about the successor of the device. An XDA- Developers member, Football’s Twitter account revealed a series of specs of the expected HTC One X+. It will have improvements and enhancements on the Taiwanese manufacturer’s current flagship smartphone, the HTC One X.

The Twitter feed mentions that the smartphone will measure 134.36 x 69.9 x 9.3mm and weigh 129 grams. The device will also pack in quite a punch with an Nvidia AP37 1.6GHz quad-core processor, 32GB ROM and 1GB RAM. It will be powered by an 1800mAh battery, according to an AndroidOS report.

The report further states that the device will have the latest Android operating system, Jelly Bean and also feature HTC’s latest Sense 4.5 UI atop.

The very existence of this rumoured device appeared early this month on the online tech portal, Stuff. According to that report, the device was codenamed Endeavour C2. However, the report did not reveal any specifications of the phone. Reportedly, this smartphone will see the light of day on October 1 or sometime soon.

It is known to many that the company will be hosting an event in New York on September 19. One can expect more details of the device then!