Huawei will be hosting a press conference in Delhi on June 18 where it is expected to launch the Ascend Mate phablet. But before the official launch the 6.1-inch phablet is already available on Infibeam
for Rs 28,900 and is also being offered under zero percent EMI schemes.

The Ascend Mate, which was first showcased at the CES earlier this year, sports a 6.1-inch IPS (720×1280 pixels) display with Magic Touch technology, similar to the one on Nokia Lumia 920 that allows users to use gloves with the panel.

The phablet is powered by a 1.5 GHz quad-core Huawei K3V2 processor paired with 2GB of RAM, and includes features like an 8-megapixel rear camera, 1-megapixel front camera, expandable memory up to 32GB, and a massive 4,050mAH battery that has a fast charge mode. 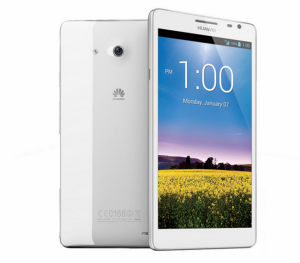