Instagram recently tried their hand on something new and very much reasonable. It is now letting some of its users ban certain words from appearing in comments on their posts. The photo-sharing social network has now introduced a new filter that users can manually customize by adding words of their choosing that they want excluded, potentially allowing them to ban trolls, spammers, and other nefarious figures from leaving offensive or annoying messages on personal accounts.

The Washington Post, first reported that Instagram’s plans to add such a filter last week, explaining that the option would soon be available to certain high-volume users. Model Chrissy Teigen is apparently one such user: Teigen posted a screenshot of the new feature on Twitter, her custom keywords including several insults, “Trump,” “Colon,” and “Cleanse.” 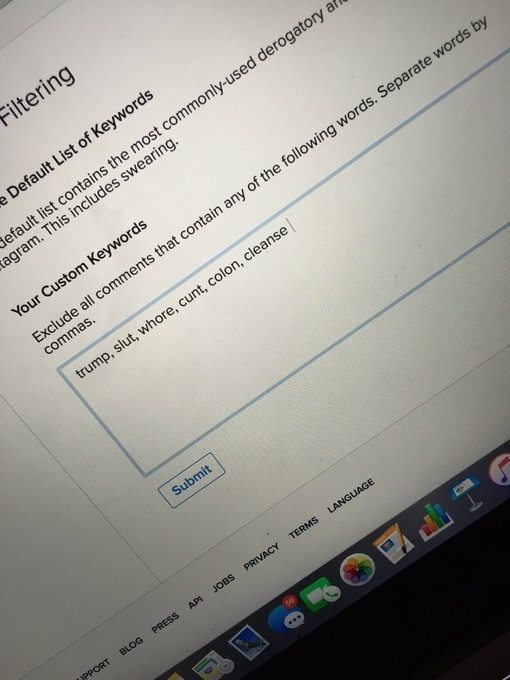 Describing the feature to The Washington Post, Nicky Jackson Colaco, Instagram’s head of public policy, said it was the company’s goal to make the social network “a friendly, fun and, most importantly, safe place for self-expression”. Rather than implement a blanket ban on certain words, Colaco said the option gave users the chance “to moderate their comment experience.” While celebrities are already getting their hands on the filter, Instagram says the feature will soon be made available to all users in some form.