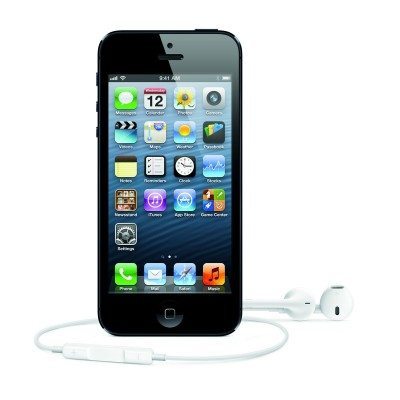 When the world was waiting for iPhone 5 last year, the company went ahead to launch iPhone 4S but the wait for iPhone 5 is finally over. Amidst much anticipation (created both in the technology and social media domains) Apple has launched iPhone for a price same as iPhone 4S, $199.

iPhone 5 is the thinnest ever iPhone. The next generation iPhone sports a 10.2-cm (4-inch) display and it is said to be 18 per cent slimmer in comparison to the iPhone 4S. It weighs 20 per cent lighter as compared to its predecessor.

The handset sports an 8 MP camera and is powered by quad core Cortex A6 processor. iPhone 5 will run on Apple’s latest operating system, iOS 6. Battery back-up has also been enhanced with 225 hours of stand by time and 8 hours of 3G and 4G LTE browsing, 8 hours of 3G talk time, 10 hours of video playback, 10 hours of Wi-Fi browsing and 40 hours of music play.

Apple’s CEO TIM Cook called the launch of the device as ‘an amazing time at Apple, an extraordinary time.’ He said, “Today we are taking it to the the next level. Not only is it a jump forward in performance, it’s 22 per cent smaller.”