Kings Broadband is one the newest Broadband providers in Kerala. Now they have launched new exciting plans for home users starting at just Rs.633 with 4 Mbps unlimited broadband upto 20 Mbps Unlimited broadband for Rs. 1898 . Their Rs. 633 plan is more than enough for a normal household. If you need the full 20Mbps , go for RS. 1898 Plan.

The Plans for Kings Broadband are as follows 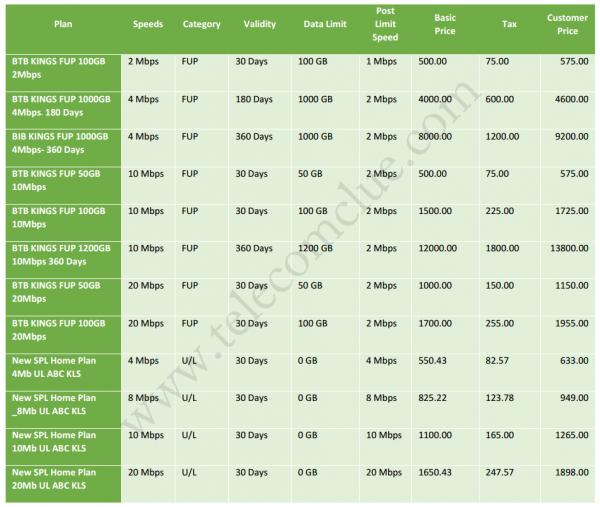 The service is usually distributed via Cable TV network operators just like Railwire. Since the King’s connects your home via fiber cable , first time cost will be approx. Rs.6200 (Including ONT[Optical network terminal] and WiFi router). Contact your cable TV operator and see whether it’s available in your area. Upload speeds are normally half the download speed .

How much time it will take to download a 700MB movie (approx. at full speed)

If you are taking new connection please bear in mind that it need one ONT[Optical network terminal]  and WiFi router to get it working for your wifi enabled devices .

You can get wifi routers from Amazon (Link) . 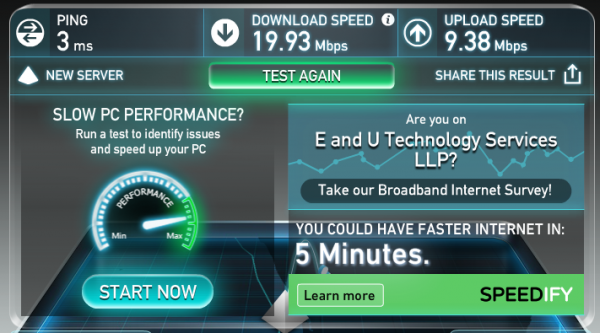 Curious how it works ?  Here is a video .