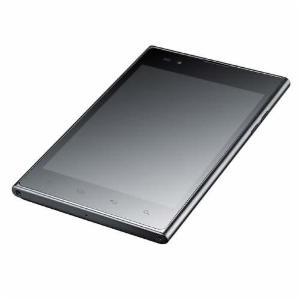 LG mobiles will launch its much anticipated and talked about Optimus Vu, a 12.7-cm (5-inch) Android smartphone on 22 October this year. The price has not been mentioned but according to The Mobile Indian, LG will competitively price the product in the Indian market.

The Optimus Vu smartphone was unveiled for the first time during this year’s Mobile World Congress in February and created a buzz with its different display ratio of 4:3, which gives it a square like shape.

The smartphone has an IPS display and is powered by 1.5 GHz Nvidia Tegra 3, 4 plus 1 processor and has 1 GB of RAM and 32 GB of internal storage. It sports an 8 MP rear camera and 1.3 MP front camera. The handset is also equipped with HDMI port for connectivity options. Optimus Vu also boasts of its 2080 mAh battery and will run Android 4.0 aka Ice Cream Sandwich operating system. It is expected to be upgraded to Google’s latest Android, Jelly Bean.

LG decided to launch the product before Windows 8 devices start rolling out in the market. This might be a pre planned strategy, which could help augmenting sales.