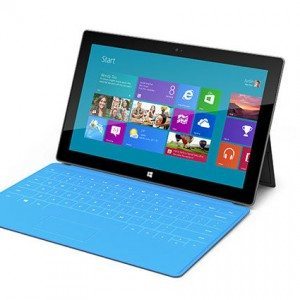 Microsoft’s new entrant in the tablet market, ‘Surface’ is said to have its launch scheduled at the end of next month but, the company seems to be totally dipped in eagerness about its plans pertaining to the new device. The company is reported to have some plans about bringing next-gen gaming to its Surface tablet.

Working towards the same, the company is planning to establish a dedicated tablet gaming studio in London, England. According to a WorldTVPC report, the studio is targeted at developing games for the Windows 8-based tablets. The facility will open in November with Lee Schuneman (notable production director for games such as Goldeneye 007, Viva Pinata, etc) taking the charge.

“Adding a fourth UK-based studio to the incredible roster of talent already in place not only increases our in-region studio presence, but will allow Microsoft Studios to explore the many creative and business opportunities that developing new games and entertainment experiences on Windows 8 tablet devices and platforms will afford,” said Shuneman while confirming the news.

However, it is still not clear if the studio will cater exclusively to games falling under the Windows 8 domain or other rival tablets and platforms will also be compatible with the upcoming titles. But, one thing is for sure, the die-hard Xbox 360 users will never to be able to get the same gaming quality on the new Windows 8 tablets. This is one area where Microsoft will be needing to put-in lots of focus.