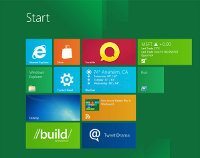 The company is looking to host a pre-launch event for the latest OS in its countdown to Windows 8 launch. The company sent out press invitations for an October 25 event in New York City.

The event is not expected to solely welcome the Windows 8 to the world but also, more is expected about the pricing and perhaps even see some Surface tablet’s updates.

Well, the news of Windows 8 coming out has been the most talked topic in the tech-sphere for quite sometime now.

Reports across the Internet suggest, this event will also comprise of Surface tablet’s pricing being unveiled, which has created furor amongst the tech bloggers across the globe.

Microsoft did confirm that the operating system along with a Windows RT Surface tablet would be publicly released on October 26. 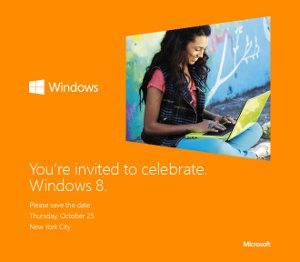 “Suggested retail pricing will be announced closer to availability and is expected to be competitive with a comparable ARM tablet or Intel ultrabook-class PC,” the company said in a July statement. The company has said it expects to “incur substantial marketing costs in launching Windows 8 and associated services and devices, which may reduce our operating margins.”

All in all October 26 seems to be anxiously waiting for and this includes the software giant as well.