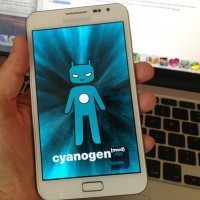 Samsung, LG and Sony users can rejoice! CyanogenMod team has released a new stable version of CyanogenMod 10 for a number of devices. This will be the latest installation, a part of a new release system called M builds and will be named M2 build. This part of the CyanogenMod ROMs have most of the latest features, like a nightly build, however, they are stable versions that can be used at ease.

According to CyanogenMod’s official blog, they are building M2 for these devices:

The blog post even stated that many other supported devices are available as nightly builds, but may have a glitch or two that they are still working out.

The latest builds are available via the new CM Updater, as well as ROM Manager. Or, you can download manually from Get.CM. The blog reads, “With any M release, we are zooming in on a stable version so we need your feedback and bug reports to make it as good as it can be!”