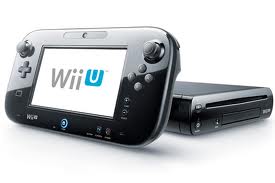 Overall game console shipments declined over 30% year-over-year through the first half of 2012; although these results do not signal the end of console gaming.Â The current (7th) generation of consoles is in the twilight years of the usual lifecycle and penetration rates are mature, leaving less room for growth.Â Hope for recovery of the market in late 2012 and early 2013 now rests largely on the next generation Nintendo Wii U with its tablet-like GamePad.Â Nintendoâ€™s innovative TVii feature is also notable and might match if not exceed what Microsoft has done in the multiscreen market with XBOX Live Gold.

Nintendoâ€™s next generation console, the Wii U, will launch in November in Europe and North America and December in Japan.Â Pricing varies by region, but the Wii U will be Nintendoâ€™s most expensive platform to date.Â Nintendo is expected to target core gamers with stronger third party developer support.Â However, the Wii Uâ€™s hardware may not improve on gaming performance levels compared to Microsoftâ€™s Xbox 360 and Sonyâ€™s PS3, both current generation consoles.Â Practice director Sam Rosen commented â€œThe Wii Uâ€™s success will depend on first party game titles and the ability of the unique user interface to improve upon or augment the gaming experience.Â Launch titles are expected to be relatively strong, but Nintendo has extended its launch window from release through to March 2013 in order to include more games.Â With adequate marketing we expect launch demand for the Wii U to be strong, but long term success will depend greatly on establishing a unique and desirable user experience with the Wii U GamePad (tablet).â€

Senior analyst Michael Inouye added, â€œNintendo will need to create separation between the Wii U and current consoles from Sony and Microsoft.Â If games are available across all three platforms, with equitable experiences, then the Wii U will likely fail to generate much interest from the core segment.Â We expect the Wii U launch to bring 2012 shipments close to the 2011 totals with early 2013 returning to early 2011 levels.Â Sustaining this level will depend heavily on continued Wii U demand as well as offerings from Microsoft and Sony.â€