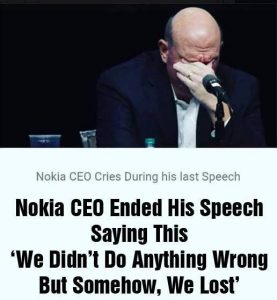 Things didn’t turnout for Microsoft with Nokia mobile acquirement which resulted in selling the brand division to Foxconn and HMD Global. The two will be working together, along with Nokia Technologies, to create Nokia-branded devices. Nokia will be providing brand and patent licensing to HMD, and will take a seat on the board of directors of the company, as well as set requirements.

Nokia 6 sold out in a minute during first flash sale

The first mobile to be released from Nokia is Nokia 6 which was spotted in a Chinese website called JD.com but for a minute only before it sold out. The astonishing response to the flash sale excites the manufacturers and is obvious the customers haven’t forgotten their brand. The company is expected to come up with a few more devices in 2017.

Nokia 6 comes with a 5.5-inch full HD display that sports a 2.5 GorillaGLASS protection. A Qualcomm Snapdragon 430 processor powers the device, which is coupled with 4GB RAM and 64GB of storage (expandable to 128GB via microSD). On the camera front, Nokia 6 packs a 16MP rear unit with an f/2.0 aperture along with an 8MP front shooter. The Phone is backed by a 3000 mAh battery and sports connectivity via Wi-Fi, USB-OTG, GPS and Bluetooth 4.1. Nokia 6 will be running Android 7.0 Nougat and feature Dolby Atmos technology. The phone is priced at 1,699 Yuan (approx. Rs 16,000).