There’s a pretty good lock screen app which stands out from the rest, the PIN Genie Locker – Screen Lock available on Google play store. This application protects your screen against PIN intruders / privacy invaders ensuring your Smartphone’s device safety. A Smartphone device is used by everyone nowadays and intruders’/privacy invaders have innovated in many ways to steal your device’s PIN and using the content which you have saved on the device for their own good which can leave you exposed and vulnerable. The PIN Genie Locker – Screen Lock, fortunately, is able to protect your PIN number in a very powerful way. The pin genies innovated screen lock app will help users to protect their PIN against the many ways Smartphone hackers’/privacy invaders can use to steal your device’s PIN. 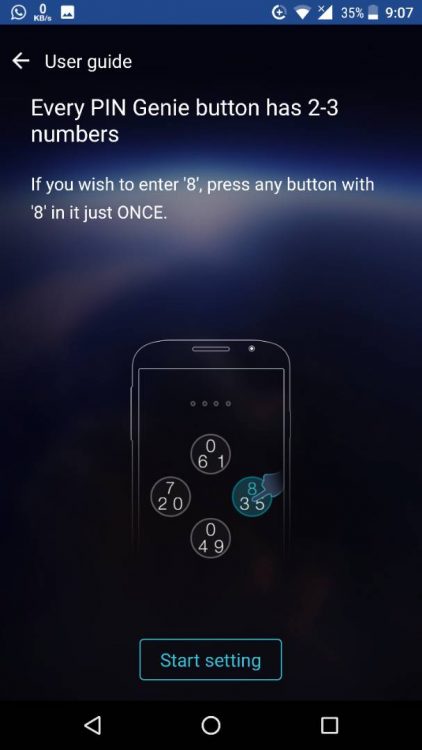 The application uses PIN Genie PIN pad design that helps make users PIN secure by the use of just four buttons. The PIN Genie Locker – Screen Lock has advanced security measures that further scrambles every PIN entry that the Smartphone’s device user input on their device. The screen lock App is peep-proof against those people with wandering eyes. The screen App has the option of locking down the mobile phone device after three failed attempts which automatically renders the mobile phone device useless to the intruder. Unlike other Screen lock applications out there in the market today the PIN Genie Locker users can also customize their phone screen with HD wallpapers as developers provide HD wallpapers and unique PIN Genie themes, once the app is downloaded. PIN Genie Locker also loads up very quickly providing a hassle free experience.

One of the app’s most useful features is that failed attempts are imminently reported to the phone owner by email. If someone is trying to break in, user will be automatically alerted. The best part is PIN Genie locker automatically clicks pictures of hackers and includes those in the email. The proof is in a big advantage which will be obviously good enough to catch the intruder who wanted to invade your privacy. The scrambling of numbers means there’s no way the intruder could peep and get the pin from your phone. You will receive pop-up alerts with these pictures upon unlocking your phone, too. PIN Genie Locker provides users an option which locks their phone after 3 failed attempts. This will render the phone unusable. 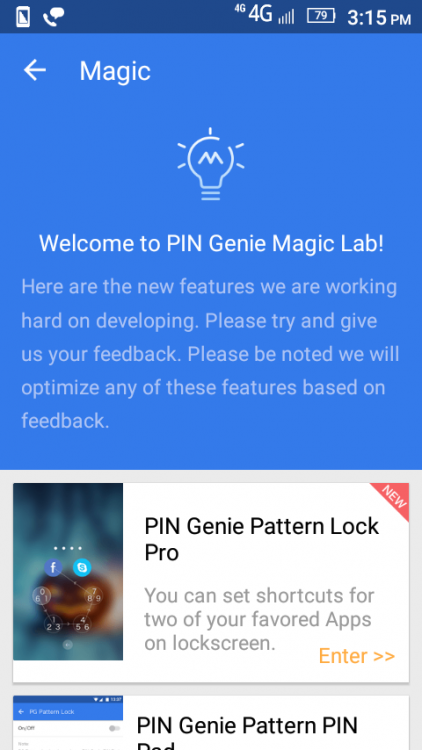 It’s something that is new and its having US patent number : 9665706. So what comes loaded in it?

Its more like a beta features included in a stable version and currently they offers 3 new upcoming features like Pattern Lock Pro (no need of any up-gradation to use any of these features) , PIN Pad, Second PIN Pad.

The PIN Genie Locker – Screen has no ads that keep on popping up that usually flood other screen locks that really could be a trouble for the user. The developers of this PIN Genie have also added translated this application to various languages in order to help the non-English speaking users to get the maximum out of the application. The application supports Spanish, English, and Portuguese languages. 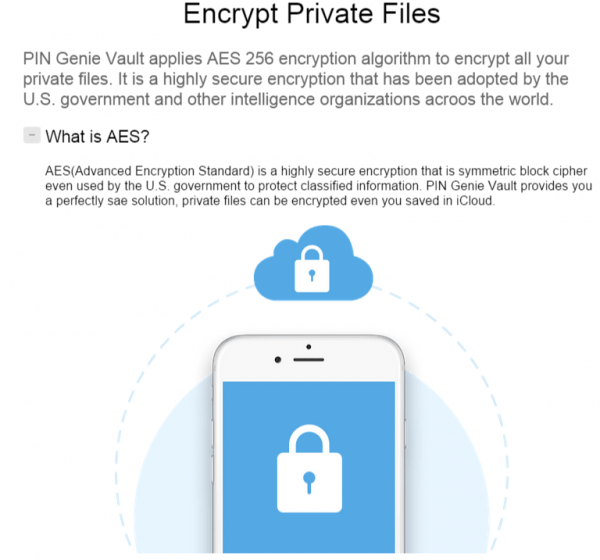 When it comes to iOS devices you can encrypt the files before its send to several cloud storage like iCloud, Dropbox etc so that no one can ever see what type of content you are saving to cloud without the decryption keys.