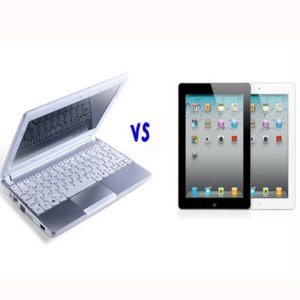 Tablets are the latest trend these days and several players have jumped into this particular category and have taken it to a different level. These devices have picked up pace in the gadgets market and are said to be surpassing netbooks, in terms of sales figures in India.

According to a report by Manufacturers’ Association for Information Technology (MAIT), majority of Indian customers prefer buying a tablet over netbook. The research shows that only 0.28 million units of netbooks were sold in the financial year 2011-12 and as per industry estimates, around 0.35 million units of tablets were sold in India at the same point of time.

“Trends are too early to predict whether the tablets are going to canabalise the PC segment, but in 2011-12, sales of tablet PCs had started cannibalising the netbook sales. Consumers preferred alternative devices over netbooks and this was reflected in the 11 per cent drop from the previous year in the number of netbooks sold,” said Alok Bhardwaj, president, MAIT.

As of now, it will be very early to say if tablets will surpass the sales of laptops as well because laptops have a different set of target customers. Bhardwaj said that laptops are considered as business oriented and its sales is growing 26 per cent very year.

One reason stated for the augmenting sales of tablets is that the devices are available at a cheaper rate and Indian customers use it mostly for Web browsing.

Sabyasachi Patra, executive director, MAIT, “The tablet vendors have created a niche for them by offering the devices at low-price point. The vendors target various segments in the market including education and entertainment. They also make the devices more lucrative by bundling content with those. This has helped them to win over the netbook category.”