There were rumors regarding twitter changing the 140 characters limit earlier this year. Twitter recently announced that there will be some changes like certain parts will count towards 140 character limit .

According to latest update from twitter @names will no longer count towards the 140 character limit.Media attachments such as photos, GIFs, videos, polls, or Quote Tweets are also exempted from the character count with modification . Twitter will now allow the users to allow Retweet or quote tweet themselves. Any new tweet with your username will go to all followers, ie “[email protected]” is no more required.I can retweet if you want all your followers to see it .

The changes will take place in coming months.The changes may not get fast to the most twitter users. 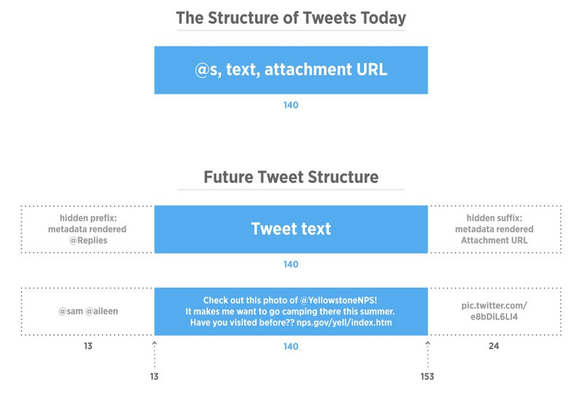