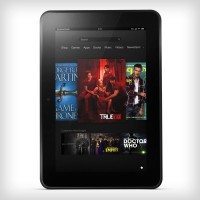 When Kindle Fire HD tablet was launched recently, the world saw in anticipation. The launch event had everyone going gaga over the way Amazon was changing the dynamics of the hardware industry. However, now that some time has passed, the real deal is out for everyone to see. There are two grey areas in the tablet that are fast catching attention of everyone.

Well, the first one of the two is the ads on the tablet, which are being called as Special Offers by Amazon. These annoying ads started appearing first in Kindle e-readers last year and have now been extended to the Fire tablet as well. What’s more? Unlike Apple, this does not even allows you to disable them, even if you are willing to pay extra. With Kindle e-readers, you could actually pay $20 to get rid of the menace.