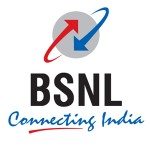 BSNL has announced its plan to launch ‘Fibre to Home’ (FTH) facility for those seeking high-speed Internet, telephone and TV channels’ access. Customers will be offered a high speed up to 100 MBPS on Internet, enabling customers to download a movie in just one minute, a BSNL spokesman said today quoting senior general manager, G C Pandey.

He added that besides, most of the popular TV channels, and landline phone services were annexed with FTH. BSNL also planned to extend FTH service at the Global Investor Meet, slated here next month for which mobile towers were erected.

Pandey also pointed out that FTH network is being laid at the important points including High Court, State Bank of India, GP, IT Park, IIM and University area in the city too for the launch of the very service by the end of this month.

As per the BSNL tariff, for getting a FTH connection with a speed of one mbps the customers would have to pay Rs 300 per month, and for 100 mbps it would be about Rs 84,000 per month. Installation charges would be around Rs 1000.