At first sight, Zync Z 999 Plus tablet will definitely catch your attention. When it was launched in July this year, it was the only tablet that had a rear camera along with support for 2G and 3G calling, making it a steal buy at a price of Rs 11,999. However, now there are a couple of other options available with almost the same features in the range of Rs 7,000 to Rs 8,000.

The Z 999 Plus was with us for almost a week and here is my exclusive review of the tablet.

When you buy a Zync Z 999 Plus tablet, you will get a USB cable, hands-free, charger, screen protector, carrying case, user manual, and warranty card.

The device sports a 17.8-cm (7-inch) screen. However, the bezel of the tablet is uneven, owing to its design factor making the tab appear asymmetrical. The right bezel is wider to fit in three capacitive buttons (home, menu and back) making it appear awkward.

The tablet has a matte black finish at the back, while the front has a fingerprint magnet finish. The front of the device includes an earpiece (opposite to the capacitive buttons) and a front camera beside the back button. At the top, volume rocker buttons and power button are located. On the right hand side, it has the adaptor slot, the microphone, a mini USB slot, a microSD card slot, a micro HDMI slot and a headphone jack. The SIM card slot is located at the bottom. At the back, a slightly elevated small rectangle sports a two megapixel camera.

The build quality is pretty average. The entire device and buttons sounds of creaky plastic. 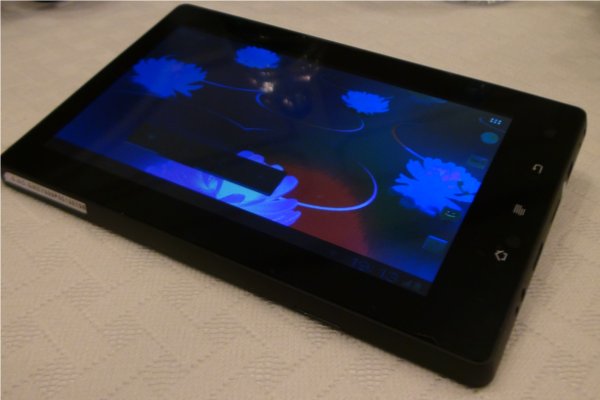 Start up and first look:

The device did not take much time to start, courtesy the 1.5 GHz Single core ARM Cortex A8 processor. Display quality and brightness was a bit disappointing. The touch screen was decent, though not exceptional. I witnessed few lags, but it did not affect its performance as much.

The low point of the tablet was that when I plugged it for charging, the touch interface responded erratically. I faced similar issues when I tried playing Angry Birds. However, as soon as I unplugged the device from charging, the problem was resolved. I am not too sure if my device was faulty or if the problem persists with all the tablets.

The Z 999 Plus is powered by a 1.5GHz ARM Cortex A8 processor with a Mali 400 GPU, 512MB of RAM and 8GB of internal storage. It runs Android 4.0.3 Ice Cream Sandwich. With such technical specifications, it did manage to perform well. Browsing, gaming, and media experience was decent too. However, I witnessed few crashes but overall, the performance of the tablet can be rated decent and well suited for casual use.

Nothing exceptional. Similar to all budget tablets, Zync has included a 17.8-cm (7-inch) capacitive touch panel with 800x480p resolution. Viewing angles are not good. I found it difficult to view the screen while casually laying back. Don’t take this tablet out in the sun as you can hardly see a thing. The colour reproduction is OK.

The Z999 comes with a Super HD Player that supports all popular file formats. I tried a 1080p media file and it played without any lag. You can connect your pen drive to watch movies and carry out other basic functions. Sound quality is disappointing. You will need a good headset to listen to music as the free ones are really cheap. Media playback was indeed good, but a poor display screen along with low sound quality made the experience bitter.

The device has a 0.3 MP front camera and a 2 MP rear camera. Well, you can’t expect anything more from a 0.3 MP camera, other than just video chatting. The rear camera can be used when there is no other option.

You can call your friends using the Zync Z 999 Plus as it has an inbuilt SIM card slot. Other connectivity options include 3G, Wi-Fi, USB 2.0, Bluetooth and TV out via HDMI. Internet browsing was seamless. You can connect 3G dongles to connect to the Internet, however, all dongles are not supported. The list of compatible dongles are mentioned below:

Wi-Fi on the device worked fine. Overall, the connectivity was good. I did not try connecting the device to a TV via HDMI out, so cannot comment.

The device is powered by a 4200 mAh battery. It is good enough to last an entire day, but the battery life almost zeroed while watching a movie of 3 hours and it considerably went down while playing Angry Birds and a bit of Internet browsing after that.

This tablet would have been a good buy a few months ago, but now with so many option at a much lesser price, the device certainly doesn’t give great value for money. Looking at the specifications, the tablet looks good but there are several other options you can consider. Coming to the score, this tablet gets an average of 6 out of 10.