Idea users in Kerala suffered an outage on Saturday around 10.00 am to 3.10 pm. There were several reports that people were not able to make or receive calls. 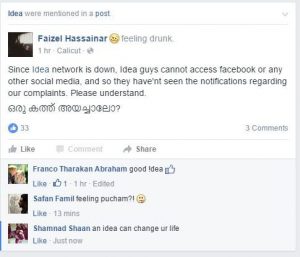 However, some users who had 3G connection were able to connect to internet.

The reason for this sudden outage is that a technical snag in the service provider’s master switch facility in Kakkanad. 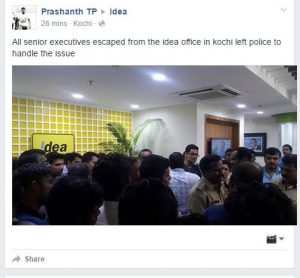 While the users were happy to be back to the routine, once again idea bought the customers back into the earlier dilemma around 3.30 p.m.

Several people have responded in the social media about the network failure through trolls and posts. 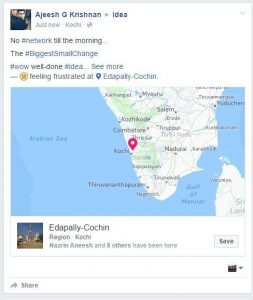 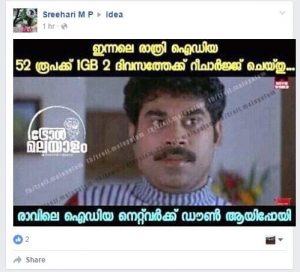