Airtel and Reliance Jio have announced that the brands have partnered with Hotstar to deliver live-streaming of the upcoming IPL matches to their subscribers, right on their smartphones

Reliance Jio clients can watch the forthcoming IPL matches by going to the Jio TV  application. When the IPL season begins, you will find a banner to watch the most recent cricket matches. After clicking on the banner, you will be re-directed to the Hotstar application on your smartphone. You will be able to watch the matches on Hotstar for free without any premium membership.

Mukesh Ambani-owned Reliance Jio stated, “This is a first of its kind cricket pack introduced by a network system that is made for video and can enable millions of individuals to watch what they love, where they wish.”

“Reliance Jio is presenting a Cricket Season Pack that will permit cricket lovers to gain access to their most loved live matches on mobile and stream relatively every LIVE match all through the span of 51 days, accessible at Rs 251 just, offering 102 GB Data,” Reliance Jio said.

However, Reliance Jio is yet to announce the details of when the bonanza plan will be made accessible to its clients for recharge. Looking at the data plan, 2 GB data on an average is provided to the users for one day but the per day limit has also not been revealed yet.

The telco has also introduced a game called the Jio Cricket Play Along as well as a new highlight in the Jio app called the Jio Dhan Dhana Dhan LIVE to watch live matches during IPL. This can be utilized by both Reliance Jio subscribers as well as non-Jio clients, the company specified in an announcement. As for the game, not much has been revealed about it but so far, we realize that it will be accessible to smartphone users in 11 Indian languages. 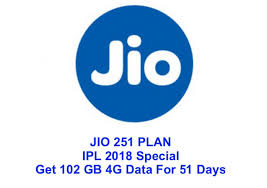 Reliance Jio has also begun Jio Payments Bank from Tuesday and is a joint venture with SBI (State Bank of India), in which very rich person Mukesh Ambani-run Reliance Industries’ has a 70% stake while India’s biggest public sector bank SBI has a 30% stake. Reliance had first gotten its in-principle approval from RBi in August 2015. Jio Payments Bank receives only up to Rs 1 lakh and a user can operate both savings and current account in the bank.It’s also to be noted that this bank cannot issue loans and credit cards.

This is going to be the 11th season of the Indian Premier League to be held from April 7-May 31 across nine cities. The competing teams in IPL are Chennai Super Kings, Delhi Daredevils, Kings XI Punjab, Kolkata Knight Riders, Mumbai Indians, Rajasthan Royals, Royal Challengers Bangalore and Sunrisers Hyderabad.

This apart, the icons of cricket and the champions of comedy have come together in a way like never before, to celebrate cricket in the Jio Dhan Dhana Dhan LIVE show. Apparently, the scenes will be broadcast live every Friday, Saturday, and Sunday beginning April 7 and will be hosted by Sunil Grover and Samir Kocchar. The show will highlight celebrity guests including Big Boss winner Shilpa Shinde, Ali Asgar, Sugandha Mishra along with former cricket greats Kapil Dev and Virender Sehwag. 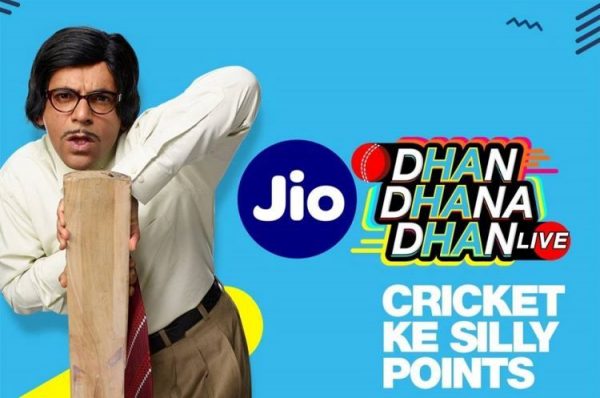