Reliance Jio Infocomm’s free extension of its ‘Prime’ loyalty programme for existing individuals for one more year from April 1 is set to trigger a minimum 8-10% successive dip in its average revenue per user (ARPU)in the primary quarter of FY19, said investigators.

On Friday, Jio had said its loyalty programme, Prime, would stay free for existing individuals for one more year, while it would be offered to new ones for a one-time expense of Rs 99. “Jio should see an ARPU dilution of 8-10% consecutively in the April-June period following its choice to postpone the Rs 99 renewal expense for every existing member of Reliance Jio,” said Naveen Kulkarni, telecom investigator at PhillipCapital.

They included that Reliance Jio’s most recent move underlines its resolute determination to clutch its current base of more than 175 million clients and gain more in the coming months from rival incumbents, signaling that value wars in the telecom business industry won’t facilitate at any point in the near future. 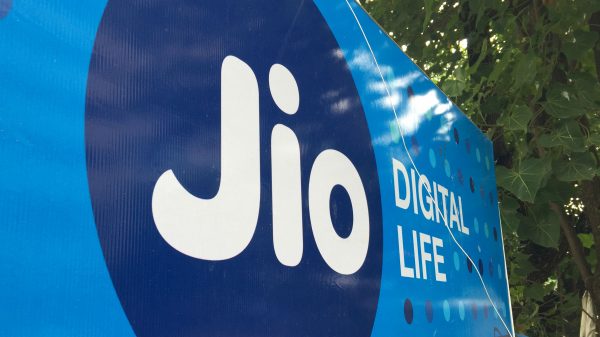 One of the senior analysts, who did not wish to be named, evaluated an “11-12% on-quarter ARPU fall” since Reliance Jio had “perceived the one-time Rs 99 yearly membership expense from existing Prime clients on an accelerated basis”. “While Jio perceived the  yearly membership charges of existing Prime clients who came on board in April 2017 over a 12-month span, there were numerous clients who potentially picked for Prime as late as December 2017 or January/February 2018, whose onetime enrollment expenses were perceived in only 2-4 months, which supported the organization’s healthy ARPU development in FY18,” he said.

The 4G newcomer had begun enlisting Prime clients from April 2017 for a one-time entry expense of `99 when it began charging for data services, and the loyalty programme was planned to terminate on March 31, 2018. Nitin Soni, director at the global rating agency, Fitch, stated: “the free extension of the Prime loyalty programme for existing individuals recommends Reliance Jio is not too stressed over giving up income and profitability in the short-term in its bid to retain and chase clients and close the gap with market pioneer Bharti Airtel”.

Jio’s ARPU fall in the first quarter of FY19, he stated, is probably going to be sharp, as “this income will go off April 1, 2018, after the free extension for existing Prime individuals. Experts figured Reliance Jio’s month to month ARPU in the financial final quarter finished March 31 could see a close to 7% successive dip to Rs 143-144 — from Rs 154 in the October-December quarter — following its ultra-low Rs 49/month offer to JioPhone clients and its similarly aggressive Rs 98/month entry-level 4G price plan disclosed in January.

Disparately, Reliance Jio’s strong ARPU of Rs 154 in the October-December quarter, Bharti Airtel’s fell to Rs 123, while both Vodafone India and Idea recorded ARPUs of `114 each, hit by the cut in interconnect charges, which exacerbated pressures on their voice and data businesses amid continuing price competition.

Reliance Jio’s relentless aggression on the pricing front, he stated, “does not look good” for the fiscally focused incumbent carriers Bharti Airtel, Vodafone India and Idea Cellular, who is “probably not going to get any respite from the brutal value wars in the coming quarters”. The nation’s beleaguered telecom industry has stayed in the grip of furious value wars following Jio’s entrance over a year back and is saddled with a whopping Rs 8 lakh crore of debt.