It’s ‘Freedom 251’ that claimed to be India’s cheapest Smart Phone which took over the telecom industry by storm. After a long term of silence the manufacturer ‘Ringing Bells Pvt. Lmtd.’  announced the rolling of handset deliveries to the customers from June 28.

Ringing Bells started its Pre-Booking of the handset from February 2016, and its claimed that about 30,000 people paid for the handset and over 7crore registered through its website. The companies venture was soon questioned from different parts of the society and the central government of India was forced to investigate into the certifications and activities of the company.

Battling all of the legal issues Ringing Bells claims its first batch of Freedom 251 Handsets to be delivered from June 28. The Cash-On-Delivery option is considered more acceptable mode of payment by the company due to the controversy around its feasibility and price.
We at Telecom Clue are eagerly waiting to get our hands on it, do share your reviews. 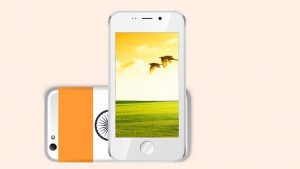