The leading Indian online payment service ‘Paytm’ is all set to merge its payment wallet with its newly formed payments banking service. Paytm which is a current trending topic around the country due to the historic ‘demonetization’ by the government of India and its digitalization aspirations is taking all measures to be the leading payment service in India.

One97, the parent company of Paytm owned by Mr. Vijay Shekhar Sharma already received the initial approval for payment bank from RBI[Reserve bank of India] and is confident of rolling it out in near future.

After building it from concept to a strong category leader. One97 soon to transfer @Paytm wallet to its new home. #🇮🇳 pic.twitter.com/p2qUmU8zf5

It was reported that Vijay Shekhar Sharma invested a whopping amount of Rs 112-crore for his majority stake in the payment bank. Thus Paytm is hinting at a split in its e-commerce and payments sectors. 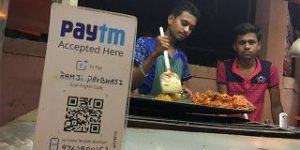 According to Paytm about Current Wallet Users:

“This is just a transfer of ownership of wallet to a new company called Paytm Payments Bank Ltd. Once we launch the bank, you will be given an option to open a separate bank account with us.”

“Your money is absolutely safe in the Paytm Wallet. It is always yours and you will never lose it. If you have any balance in your current Paytm Wallet, it will reflect in your new Paytm Payments Bank Wallet.”

Further, in the public notice, Paytm also gave the option to customers to enroll out if they wish to by mailing at [email protected] or logging into paytm.com/care and redeeming balances by a one-time bank transfer by specifying the bank details.

With new expected competition from Airtel in payments banking service Paytm is all set to provide the best service to its customers.

Reliance Jio, right from its announcement into telecom service is in the headlines every time all for the good reasons. The new addition to this is that Reliance is trying out to setup camouflaged mobile towers to provide its customers with great connectivity as well as beautify the environment. As against the normal towers which beam signals on a single direction, these towers transmit signals in circular route, thus providing the best network to cellphone users.

“Currently, we have palm- and pine-tree shaped towers, but it can be given the shape of any other tree including mango or some other structure to match the greenery of the area,” a Reliance official stated.

Its has currently been setup at Jamshedpur and Manipal and is expected to be placed in other cities based on the surrounding environment.