Who doesn’t like to go on an adventure trip, visit new places, meet new people, grow in strength and catch some Pokémon. Yes its right now we all can go for an adventure to catch every Pokémon just like Ash ketchum does. Pokémon Go  is the new game which helps all those Pokémon lovers to experience Pokémon world within our existing world. Finally a well built promising Pokémon game is on our way which syncs virtual world with real world – well we all are excited to use our smart phones as Pokedex.

Pokémon Go is an augmented-reality(AR) game developed by Niantic Labs Officially released in 6 July 2016 for iOS and Android users in US, Australia and New Zealand. The game allows players to capture, battle, train, and trade virtual Pokémon who appear throughout the real world. The Game is free to play but also has in-app purchases. Pokémon Go Plus is a Bluetooth powered game which can be played along with a small optional wearable device and claims to be power efficient. From the latest reports Pokémon Go game is hitting these countries as storm and App store and Play store lists it at top.

The game uses one’s phone camera and location information to locate the Pokémon in real life locations. It doesn’t have a battling mode to catch a wild Pokémon but a pokeball which need to be thrown on the Pokémon at correct direction and pace. Moreover it has certain points which act as a Pokémon gym where you can train your Pokémon buddies. The game is developed as a collective effort of Nintendo and Niantic Labs the later which already released a successful VR game Ingress.

Many weirdest experiences are reported from around the world,  a 19-year-old Wyoming woman found a dead body while looking for Pokémon near a river by her house is just one of them. But the Police officials are requesting people to be more careful while playing the game as crossing road and near lakes to avoid accidents.

As for other Pokémon lovers of other countries(Including India) you will have to wait some time for the official rollout or try this out apk : Pokémon Go apk

The game is reported to be working in some other countries also but with some faults. Some of the faults you may come across are: Server went down, GPS not available, no exit option, VR mode not detecting your phone’s orientation etc. But for the earlier stages these flaws are not a match to put down the hype and we all are ready- gotta Catch ‘em All!!

For Official Game Downloads in selected countries use: 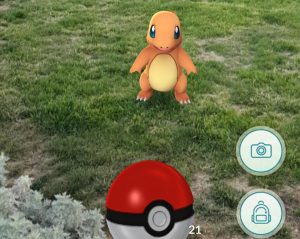 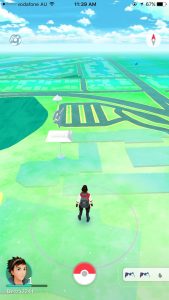